Here’s an analytics story with a twist: Wally was worried that Wanda, his wife of 60 years, was losing her hearing. Wally called the family doctor, who advised him to perform a test, record the data and analyse it.

Wanda snapped at him, “Damn it, Wally, for the third time, it’s chicken rice!”

The brief snippet exposes a common occurrence in data analytics — a need to confirm what we think the data should tell us. Called “confirmation bias”, it occurs when you use the responses to confirm your original hypothesis — you only accept evidence supporting it and reject those that do not.

“The problem with confirmation bias is that it supports only one viewpoint and outright rejects others, thus narrowing the company’s gaze,” the Australian HR Institute states. “To reduce confirmation bias, researchers must be ready to ­re-examine and reconsider respondents’ answers and must also avoid falling in love with preconceived notions and views.”

The other side of the coin is “interpretation bias”. This occurs when the data is incorrectly interpreted based on how the questions are worded. Dr Elizabeth Loftus at the University of California carried out a study in 1974 that showed volunteers a film of car crashes. She split them into groups in separate rooms.

She asked them to assess how fast the cars were going when they contacted/hit/bumped/collided/smashed into another vehicle. The result? The choice of verb had a significant impact on their perception. For example, those who were told the car “smashed” estimated higher speeds as compared with those who were told the car “contacted” or “bumped” into another vehicle.

“The former presumes that 50% is disappointing; the latter paints a rosier picture,” the Australian HR Institute notes. “To avoid this bias, it’s best to have a baseline data point to compare against, such as an industry average or your own organisation’s past performance.”

Trust in data
Why is this so important? Because of the data explosion. The volume of data created or consumed globally will balloon to 180 zettabytes by 2025 — from 64.2 zettabytes in 2020, research house Statista reports. In 2020, the amount of data created reached a new high. The growth was higher than previously expected caused by the increased demand due to the pandemic, as more worked, learnt and played from home.

The problem? Junk data. “Only a small percentage of this newly created data is kept. Just 2% of the data produced and consumed in 2020 was saved and retained into 2021,” Statista notes. “In line with the strong growth of data volume, the installed base of storage capacity is forecast to increase at a 19.2% annual clip from 2020 to 2025. In 2020, the installed base of all storage reached 6.7 zettabytes.”

The proof of the pudding is in the eating; the value of the data is in its analysis. That has given rise to two issues — who owns the data, and can a given dataset be trusted. There are regulations in place to govern the former, and new rules of engagement are just about coming up for the latter.

Malaysia, for instance, was the first country in Asean to initiate the PDPA (Personal Data Protection Act) in 2010; it was passed in November 2013 to protect individuals’ PII (personally identifiable information) for commercial transactions. The penalty for non-compliance can range from RM100,000 to RM500,000 and up to three years’ imprisonment. Singapore’s PDPA came into effect in July 2014 and was updated in November 2020. Companies that breach the PDPA may be fined up to S$1 million (RM3.07 million) and suffer damage to their reputation.

On the flip side, there is an urgent need for a data trust certification system. In late September, just such an initiative was launched by Credence Lab. Called DTRS (Data Trust Rating System), it was developed by a consortium of firms, including IBM, KPMG, Alibaba Group, Drew & Napier, Eden Strategy Institute, and the National University of Singapore. Germany-headquartered TÜV SÜD will handle assessments and certification.

What’s the need? Martin Chee, managing director of IBM Asean, says that enterprises need a proactive approach to address regulatory compliance with digital solutions that can help them recognise and internalise new regulations to protect their stakeholders. Satya Ramamurthy, a KPMG partner, says that aside from engaging an independent consultant for review, using a DTRS with industry benchmarks should form part of the toolkit in every company’s digital journey.

Singapore’s Minister of State for Communications and Information Tan Kiat How says industry players face many barriers when trade documents move across borders. “This results in additional cost and delays,” he said at the DTRS launch. “It is not just about updating our rules and regulations, but getting the many parties involved to trust the integrity of the underlying transaction and documents.”

Trust in data and digital transactions would be crucial for Malaysia, especially with the biggest-ever five-year, RM400 billion development plan unveiled at end-September. YCP Solidiance estimated Malaysia’s digital economy would be worth more than RM270 billion, or about 18% of Malaysia’s GDP last year. Huawei’s Global Connectivity Index ranked Malaysia second in digital enablement in Southeast Asia in 2020. And in 2018, a management consultancy reported that Malaysia’s banking sector was the most digitally evolved in the Southeast Asia region, ahead of its peers in Hong Kong, China and Singapore.

Ready for RCEP
The other big driver? The RCEP (Regional Comprehensive Economic Partnership) will take effect next month. It is the first free trade agreement between China, Japan and South Korea — three of the four largest economies in Asia. The 15 RCEP economies account for 30% of the world’s population (2.2 billion people) and 30% of global GDP (US$26.2 trillion, or RM108.5 trillion), making it the most significant trade bloc in history.

How will it help Malaysia? By eliminating tariffs and quotas in 65% of goods and services traded across the region, with a revised definition governing “rule of origin”. For example, a product made in Malaysia with components procured from Japan might face import taxes in Australia. Under RCEP, parts from any member nation would be treated equally, cutting down on documentation. This will encourage firms to invest more in the region, including building supply chains and services, and generate more jobs.

Growth in services may get a more considerable boost. While trade in goods has flattened, service flows have become the natural connective tissue of the global economy. “Trade in services is growing 60% faster than the trade in goods — and Asia’s services trade is growing 1.7 times faster than the rest of the world’s,” notes a McKinsey study published in July 2019. “While India and the Philippines are among the biggest exporters of back-office business services, the trade in knowledge-intensive services is still in its infancy across most Asian countries and represents an important gap to be filled.” 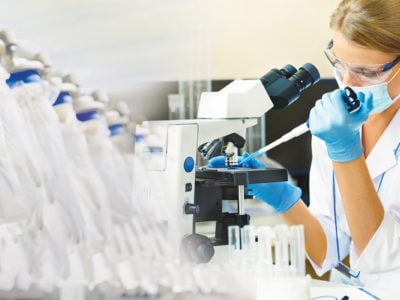